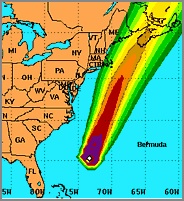 The U.S. was spared the worst of Hurricane Noel, but the system did inflict a lot of damage on East Coast beaches.

First those in South Florida got whacked for days as Noel sat over Cuba and then the Bahamas. Now that he's finally moved, some of the high surf he'll produce could cause problems for North and South Carolina and New England shorelines.

And that means problems for beachfront property owners. A story in today's New York Times examines beaches and erosion solutions, all of which are shrinking. According to the article:

"Over the last decade or more, federal and state funds to restore beach sand have become increasingly scarce, as government officials, taxpayers and environmentalists have argued against spending hundreds of millions of public dollars for projects that often wash away after a few strong storms.

This has left Atlantic and Gulf Coast communities to develop their own solutions, often imposing what are referred to as sand taxes. But the potential for assessments of thousands of dollars — particularly in towns filled with vacation homes — has created a divisive issue that many homeowners, voters and elected officials have yet to solve."

Sand dollars: I love that phrase "sand taxes." Of course, I don't have a beachfront property.

When we lived in Florida, our house was only 7 miles from the nearest public beach. Since we've moved more inland here in Texas, we've thought about a second home on the Gulf Coast, or, as we called it when we were kids, "the ocean."

The hubby even sent off for some material from Cinnamon Shores, a community on Mustang Island. Unfortunately, the development's policy about sharing the names of inquirers was hidden, so we're now getting other offers, most recently from Tortuga Dunes.

We might eventually get down to the coast to check both places out. But truth be told, I don't think I want a second home.

Sure it would be nice to have a personal escape spot. But would we feel obligated to go there every time we want to get out of Austin? That could get boring.

Could we really afford the a second set of property tax and insurance payments? 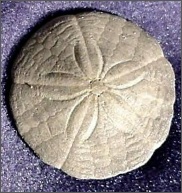 And, of course, there are the sand dollars that I'm sure Texas Gulf Coast residents also are asked to fork over in order to replenish those beaches.

It's a losing cause, folks.

Eons ago, life sprang from the oceans and the water has been trying to take back our terrestrial lodgings ever since.

Homes built on barrier islands are at special risk. These are great formations; tiny little sand strips between a more solid land mass and a body of water. And they just keep rolling over on themselves.

That activity means they are no place for structures. We humans keep trying to build on the islands and adjacent beaches, but Mother Nature is going to eventually win.

All we're doing -- as individuals and at all levels of government -- is throwing our money, personal and tax, into the ocean.