Financial (and other) books
for holiday getting and giving 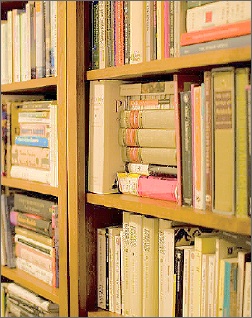 Any writer out there is lying if they say they don't want to one day see their words in hardback. So hearty congratulations to Liz. I'm sure her book will well.

I'm going to do my part to help a fellow writer by picking up a couple of Liz's books for holiday gifts. Anyone who's a fan of Texas, travel, architecture or tales ago will enjoy it. And who doesn't love one of those topics?!

No, I'm not getting a commission. I just think historic hotels is a cool subject, especially having stayed in a few antique inns during the travels the hubby and I have taken over the years.

Most recently, during trips to West Texas the last two summers, I've bunked at the Gage Hotel, Holland Hotel and El Paisano, and I'm planning on spending nights at many more such accommodations on future vacations.

True, the rates at these places are a bit steeper than the average chain motel. But charm and history are worth something.

Financial book finds: If you plan appropriately and manage your money wisely, you should be able to stay in a nice hotel without your bank account taking a major hit.

To help in that regard, Bankrate.com has compiled a list of, in the Web site's words, "some of the best books and workbooks to sharpen one's financial IQ during every stage of a person's life."

The books are divided into categories appropriate for children (ages 6-11); preteens and teenagers; 20s and 30s; 40s and 50s; preretirement; and retirement. You can surf Bankrate's cyber book synopses here. So you should be able to find an appropriate money book for everyone on your Christmas list.

For folks who are looking for portfolio advice, Kiplinger has put together this list of books that it deems the best investing books of 2007. To make the cut, says the magazine, "an author had to write something that's not just useful but original. If there's a theme this year, it's helping you cut through the noise that prevents you from being a better investor."

Inside the Beltway books: Federal Reserve fans definitely will want Alan Greenspan's "The Age of Turbulence: Adventures in a New World." The New York Times called it a "most unexpectedly charming Washington insider memoir."

You can get a closer look at Dubya via biographer Robert Draper's "Dead Certain." Or if you prefer the scoop on Darth Veep, check out Stephen F. Hayes' "Cheney: The Untold Story of America's Most Powerful and Controversial Vice President."

And the guy who occupied the Oval Office just before these folks also has a book out. In "Giving: How Each of Us Can Change the World," Bill Clinton extols the virtues of volunteering time and money to worthy causes.

Tax tomes, too: You knew I couldn't let you go without mentioning a few tax books.

A lot of blog readers have dropped me notes recommending Neal Boortz's "The Fair Tax Book: Saying Goodbye to the Income Tax and the IRS." It's out in paperback and true conservatives, fiscal and political, can pick up a used copy online for under $7.

Two others books that might be of interest for readers on the other side of the political spectrum come from David Cay Johnston, the Pulitzer Prize-winning reporter for the New York Times.

Johnston's 2005 book, "Perfectly Legal: The Covert Campaign to Rig Our Tax System to Benefit the Super Rich -- and Cheat Everybody Else" is available in paperback.

His new book, "Free Lunch: How the Wealthiest Americans Enrich Themselves at Government Expense (and Stick You with the Bill)," won't hit store shelves until If you're interested and get a bookstore gift card in your stocking, you can pick up a copy after the holidays.