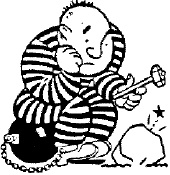 I haven't updated the ol' tax cheat watch list for a while, but this one definitely deserves mention.

Two employees of the District of Columbia's Office of Tax & Revenue were arrested last week in connection with what federal prosecutors are calling a "massive" scheme using phony property tax refunds.

So far, federal authorities have recovered only

The duo allegedly used the money to pay for homes, vehicles, jewelry, luxury clothing, designer handbags and other items, including $1.4 million in merchandise from high-end retailer Neiman-Marcus.

Federal prosecutors say the women got help from relatives and other workers in the tax department, as well as bank employees. Three other people also were arrested last week on charges that include mail fraud, bank fraud and money laundering. A sixth person faces similar charges, but is a fugitive.

An affidavit supporting the formal charges also lists several other D.C. Tax Office employees by their initials. Those individuals have not been charged with a crime, but authorities said the investigation continuing and additional charges are possible.

And four D.C. tax office employees already have resigned for failing to catch the scheme sooner.

How long has this been goin' on? According to investigators, the scam dates back to at least 2001. The group allegedly took advantage of the District's property tax refund system for residents or businesses that overpay their taxes.

The pair of employees allegedly approved vouchers for fraudulent refunds (42 discovered so far) and the money was then allegedly put into the accounts of front companies controlled by accomplices.

Questions arose this summer when a bank employee refused to cash a $410,000 refund check. I wonder, did someone make the mistake of asking, "Can I get that in small bills, please?"

Additional details on the charges can be found in these stories from WebCPA, WBAL Radio and the Washington Business Journal.

WAMU, the local DC NPR affiliate, at one point reported that they were going to the same bank to cash the checks. That seems like a bad idea.

I wonder if there is SOX control for the US gov't financial groups? I spend a lot of time gate-keeping/process controlling at work so that checks are not improperly approved or disbursed. It's a pain in the neck, but worth it when you know ther are single checks are going out for $1.5+ mil every week.