I'd never heard of Arthur Pigou until today, but I must admit that my formal economics education didn't get much past supply and demand discussions. 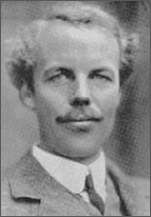 In case you're in the same economics 101 boat with me, Pigou was a British economist who called for the use of taxes problems, specifically to deal with pollution in the early 20th century. Thanks to New York Times economics columnist N. Gregory Mankiw for educating us about Pigou and Pigovian taxes in today's paper.

In his column, One Answer to Global Warming: A New Tax, Mankiw notes that economics textbooks now call such levies "Pigovian taxes." Not to be too Beavis and Butthead about it, but don't you just love how the transformation of Pigou's surname to adjective form conjures up excessive, piggish consumption?

And that's the problem. Most politicians, notes Mankiw, don't see or want to see how "some taxes actually align private incentives with social costs and move us toward better outcomes. ... Republican consultants advise using the word 'tax' only if followed immediately by the word 'cut.' Democratic consultants recommend the word 'tax' be followed by 'on the rich.'"

Mankiw argues that the natural aversion to carbon taxes can be overcome if the revenue from the tax is used to reduce other taxes. He elaborates on that, citing, among other things, how the Pigovian approach can reduce payroll taxes for businesses and increase fuel efficiency for us all.

There are, of course, some obstacles (worldwide consensus) and drawbacks (higher consumer prices for the aforementioned fuel efficiency).

But I'm sure Rep. John Dingell and staff, who are currently working are a carbon tax proposal (blogged about here) are quite grateful for Mankiw's column.

And if you find yourself being swayed by Pigou's arguments, you can join the Pigou Club.