A toast to charities and alcohol taxes 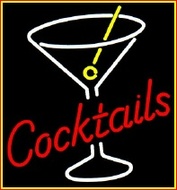 I enjoy the occasional

And I'm not averse to a cocktail or two if the bar stocks Campari (I do have a thing for beverages of the crimson color).

But imbibing alcoholic beverages isn't on my list of top three things to do.

Apparently, I'm in the minority.

It wasn't always so. In my college and just-after days, I drank a lot more. Back then it was a right of passage. The drinking age was 18 and leaving the parental abode meant we could be "grownup" and drink as much as we wanted. And we did.

My freshman roommate and I had a deal. The first one back to the dorm after our afternoon classes mixed the pitcher of gin and tonic.

Then there were the gals who had a first-floor room that looked out at the dorm's back lawn. By removing the screen, it became the makeshift bar for all of us sunbathers when we needed a cooling refreshment. As I recall, frozen strawberry daiquiris were the Wall Hall specialty.

And, yes, all this on-campus drinking was in violation of Texas Tech policies. But we didn't let a few rules get in our way.

Professional pauses that refresh: When I got my first post-college job, covering cops for the Lubbock newspaper, the trend continued. In fact, some of my best story tips came from spending happy hours with the boys in blue.

And to prove that a 22-year-old woman could knock 'em back with grizzled investigators, I learned to hold my beer and tequila shots, Texas' preferred boilermaker recipe.

Then I actually grew up. I quit drinking a little more than I should. And it's worked quite well for me for the last … well, for a long time. In fact, it has its benefits. Now, since I don't have the same alcohol tolerance as I did in my youth, it just takes one or two drinks to get a buzz. The hubby appreciates that I'm now a much cheaper date!

Anyway, as I said, I seem to be in the minority when it comes to drinking. I'm basing this on two recent instances. 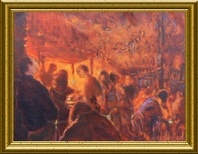 First, a personal observation. group to which I belong asked members to select various social events at which we could get to know each other better. The majority of my colleagues, by a wide margin, voted for happy hours.

My first choice was a tour of an area artisan cheese maker's operation. A glass of wine with the samples probably would be nice, but I just don't want to spend hours in a dark, noisy bar.

The last time I did that was, well, back in college when I was drinking a whole lot more. It worked OK back then. But truth be told, I wasn't really that interested in really getting to know people in those instances.

A worthwhile round: Now comes word that drinking is the hot new way to support charities.

Cause for Drinks has its first event in Austin tonight. Sorry for the late notice; as I mentioned, it's not really my deal and it just kind of slipped past me, but I suspect this won't be the last event.

Here's the deal. People in three different cities gather for happy hour at a particular watering hole, with $2 of every drink they buy going to a selected charity. So the loopier you get, the better for some worthwhile organization.

The project began this summer in and New York City. More than $1,000 was raised in August by drinkers in those locales. The money was used to purchase supplies for students at under-funded schools in New York and the nation of Ghana.

With the addition of Austin, the September funds raised via raised glasses will go to the Kid Camera Project. It's an effort children overcome Hurricane Katrina's lingering effects through photography, creative writing and mixed media.

Now, I'm all for well-intentioned efforts to support worthy causes, but this just isn't the way I want to do so.

My previously mentioned lower tolerance level also means more of a headache the day after drinking for a good, or any, cause.

And there's no way to convince the IRS that the bar tab is tax-deductible.

Raise government funds, too: Alcohol consumption also helps federal and state treasuries. In fact, some groups say we need to help even more by increasing these taxes. 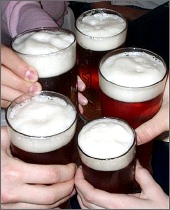 The current federal alcohol excise taxes range from 58 cents per gallon on beer (or $18 a barrel) to $13.50 a gallon on spirits. In 2005, according to data collected by the Center for Science in the Public Interest, federal levies on beer, wine and liquor brought in almost $9 billion.

Then there's the money component.

"In most states, even small increases in taxes pennies per drink would translate into significant new revenues," argues CSPI. "These revenues take on more importance these days, as many states struggle to overcome budget deficits."

Want to know what your evenings at the local tavern do for your state? Check out the Tax Foundation's table of 2006 state sales tax rates on alcohol, as well as the levies on tobacco and gasoline.