Not so innocent, tax or otherwise, TV wives

I try to avoid gender stereotyping, mainly because many of the attributes traditionally assigned to women are not applicable to me.

I love most sports. shopping, except for groceries. I'd rather wander the aisles of a Lowe's or Home Depot than any high-fashion mall. ago gave up routinely applying makeup; the choice gives me an extra half hour of sleep in the mornings.

On the distaff side, I know that all men aren't pigs. In fact, I have as many male friends as female ones.

That's why I was so distressed by the creation of the Spike television network. Despite some legitimate syndicated program reruns and an occasional decent movie, the channel's bread and butter is pandering to the worst in men. Not a big surprise from a channel that airs "Girls Gone Wild" infomercials for at least six of its programming day hours. (I guess that's how Joe Francis is paying his alleged tax-evasion legal bills.)

But today, I find that one of the premier "women's" channels deserves a spot on my "you've got to be kidding" list.

Oxygen, founded in part by feminine crusader Oprah, has a program called "Snapped." It's about women who commit murder, and although I'm a sucker for cop shows, I've never seen it. Apparently, I'm in the minority.

An article in today's New York Times says "Snapped," which made its debut three years ago, remains among Oxygen's highest-rated shows, "having had an instrumental role in recasting women's television away from its celebrations of victimhood to its new fetish for female aberrance. ("Snapped" is rivaled in popularity on Oxygen only by "The Bad Girls Club," a reality show whose title precludes the need for any explanation.)" 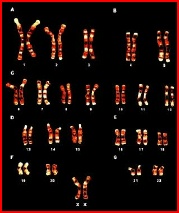 Despite my efforts not to typecast the genders, I admit had a bit of hope that we with dual were at least a little bit superior.

Alas, I guess the whole of the human species likes to wallow in the muck, at least when it comes to cable television.

Tax help for abused spouses: From what I can tell, "Snapped" doesn't delve into the financial and tax lives of the women it chronicles. But data show that in many tax cases, it is women who pay a big price when their husbands cheat on joint tax returns.

The IRS has a remedy for such spouses, husbands as well as wives. It's the agency's Innocent Spouse program. Here's the official explanation:

Many married taxpayers choose to file a joint tax return because of certain benefits this filing status allows. Both taxpayers are jointly and individually responsible for the tax and any interest or penalty due on the joint return even if they later divorce. This is true even if a divorce decree states that a former spouse will be responsible for any amounts due on previously filed joint returns. One spouse may be held responsible for all the tax due even if all the income was earned by the other spouse.

Innocent Spouse relief provides an opportunity for a spouse to be relieved from the joint debt under certain circumstances. If a taxpayer believes that only his or her spouse or former spouse should be responsible for the tax, the taxpayer can request relief from the tax liability.

To expedite this assistance, the agency last week issued a redesigned Form 8857, Request for Innocent Spouse Relief, that it says will help reduce follow-up questions and reduce the burden on taxpayers.

According to the IRS, the new form will ask more questions initially, but collecting critical information early in the process will mean faster processing of the request. The redesign combines and streamlines what previously was a two-form process. The new, single form should be easier to understand and complete, as well as help taxpayers learn about the process.

An estimated 30,000 follow-up letters annually are expected to be eliminated thanks to the new Form 8857. In addition to helping taxpayers seeking relief from a spouse's tax troubles, the IRS says the new process should enable the agency to respond more quickly and lower the government's administrative costs.

Additional information on Innocent Spouse situations and relief is available at this IRS Web page.