No brain? No problem for tax official

Many have questioned the mental capabilities (among other things) of tax collectors. Now a French revenue officer proves that you don't actually need a brain, or at least not a big one, to work in a tax office. 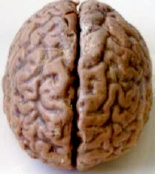 Spiegel Online
reports that a
French civil servant
is living a completely normal life, including doing his job as a
tax officer, despite having a huge cavity filled with fluid in
his head.

According to the German publication, "Neurologists at the University of Marseille described the incredible case in the latest edition of the medical journal Lancet published Friday. They describe how the 44-year-old man went to the hospital in 2003 because he felt a mild weakness in his left leg. When the doctors went to look at his brain to see if the problem lay there, they found, well, pretty much nothing but a great black hole."

Hmmm. Is it just coincidence that this case came to light as France's new ruling party is extolling the economic and tax virtues of less thought? This fellow could be the Sarkozy government's employee of the year.

Read the full story, along with the tax man's MRI images, here.

And thanks to TaxProf for the tip.