I did a double take upon opening our latest cable bill. No, despite the satellite providers' ad campaigns, it wasn't because of the amount was so high. It was because the bill was a bit less. 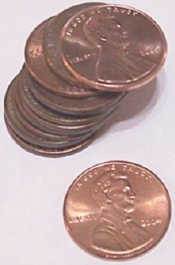 Our monthly cable bill is really for more than the TV reception. Like a lot of people, we get a package deal that includes our Internet connection. And since we signed up, the monthly bill has been the same amount.

The only variation has been when the hubby and I splurge and get a video on demand movie, like Stranger Than Fiction, with Will Ferrell as an IRS auditor, which I ordered last night.

So my first thought was that one of the various taxes that show up on this and many other bills had been cut, accounting for this unexpected, albeit minimal, saving. But not this time.

About halfway down the bill was the explanation: "Road Runner connection credit."

And that immediately brought to mind the question, just exactly how much Internet time amounts to 11 cents?

I vaguely remember a couple of weeks ago, during the billing period the statement covered, we lost our 'Net connection for a while. It was annoying at the time, but it didn't seem that bad. I guess that perception was confirmed by just 11 cents of credit.

The next time it happens, though, I'm definitely going to keep track as best I can of just how long it is down. That way I'll find out exactly what's the going per-second Internet connection rate.