A couple of weeks ago, I mentioned a proposal by New York City officials to reduce traffic in Manhattan by charging vehicles to enter certain areas of the city. The so-called congestion zone costs would be $8 for passenger autos and $21 for commercial trucks.

Well, it seems those fees apply to folks who want out of the city, too. 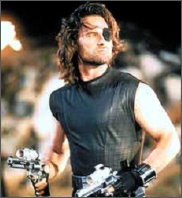 According to a story In In today's New York Times, city officials have been downplaying the traffic plan's exit cost component "perhaps in part because the fee would be levied on far fewer drivers than those who drive in every day."

Also, the city needs residents' support to help get the measure OK'ed by the state legislature. And while many Manhattanites might be all for charging for vehicular incursions into their territory, they probably won't be as enthusiastic about paying when they need to venture beyond the proposed congestion zone borders.

At first glance, the idea of charging drivers to exit the city seem counterintuitive. Not so, say congestion zone planners.

"Overall what we’re trying to do is get people to use their cars less," Deputy Mayor Daniel L. Doctoroff told the newspaper.

In, out and all around town: In addition to the enter-exit charge, there is a lower rate for driving within the congestion zone.

But cross the zone boundaries, and the full fee kicks in.

There is, however, one piece of good news for auto-owning New Yorkers: The fee is assessed only once per trip.

If you drive into the congestion zone, you'll only pay $8 once, not again to leave. The same applies to residents leaving the zone; $8 to go to another borough, but nothing to cross back into the zone.

Free cyber driving: The latest Carnival of Cars is now up at Straightline, providing a nice -- and fee-free -- tour of the blogosphere's automotive news. This week, Mark has collected tidbits about fuel, automaker marketing and NASCAR, just to name a few of the Carnival topics. Cruise on over and enjoy the ride.

Gosh, that would be hard to enforce. New York is too crazy.