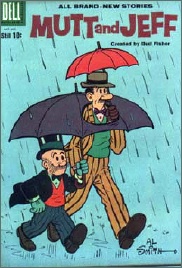 "Should the income tax system include a tax credit for short taxpayers and a tax surcharge for tall ones? This paper shows that the standard utilitarian framework for tax policy analysis answers this question in the affirmative."

That's the premise of the academic paper by Greg Mankiw and Matthew Weinzierl.

As someone married to a 6' 2" man, I am pleased to report that the Mankiw/Weinzierl proposal is satirical.

Their parameters would put the hubby solidly in the tall tax category. They didn't look at women's heights, but I don't think my 5' 6" frame is short enough to get the offsetting short person credit.

Mankiw is a professor at Harvard, where he teaches introductory economics. From 2003 to 2005, he was chief of the White House Council of Economic Advisors. Weinzierl is a fourth-year doctoral student.

You can find a link to the full paper at Mankiw's blog, along with reader comments, some of which are also quite entertaining. This response caught my eye:

Reader (and fellow professorial blogger) Karl Smith questions the M/W assumption that "What matters for optimal height taxation is the consistent statistical relationship between height and income, not the reason for that relationship."

"I think [this statement] is not quite right," says Smith. "My first response to height-income relationship is that poor guys don't marry models."

I must add, however, that short rich ones -- Billy Joel/Christie Brinkley (now divorced), John Mellencamp/Elaine Irwin (still married) -- do. So these guys would get the chicks, the money and the tax credit.

Life, even faux-tax life, is definitely not fair!

Other opinions: Today's New York Times writes about the tall tax issue here. According to the article, at least one person (Frank Pasquale, a law professor at Seton Hall) "does not think much of the satire or of its implied argument. On the legal blog Concurring Opinions, he writes that the paper was 'designed to reconcile us to inequality' and that in any case, tax policies aimed at redistributing wealth do not really map to human height or lack thereof."

Sing along: The last time stature getting such widespread attention was back in 1977, when Randy Newman released the song "Short People."