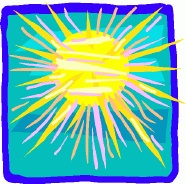 OK. Help me out here. Daylight Saving Time is supposed to conserve energy by giving us more hours of sunshine at the end of the day.

But if you have to get up in the dead of night, which is what it will feel like with the clocks pushed forward, don't you have to then use that electricity you saved at the other end of the day?

And I know that our air conditioner is going to be running more during the longer hot summer days here in central Texas, regardless of what time our clocks say the sun comes up or goes down.

A study last year by the U.S. Department of Energy seems to acknowledge that. It estimated that this year's extension of DST into March and November will probably save less than 1 percent of the nation's annual energy consumption. Another study, this one by the California Energy Commission, came to a similar conclusion.

So if time shifting isn't saving energy, then why do we keep doing it?

"Most people, given the choice, prefer to have an extra hour of light in the evening, after work or after school, than in the morning," says David Prerau, author of Seize the Daylight: The Curious and Contentious Story of Daylight Saving Time.

And, of course, someone is making money off the process.

The golf industry reported an added $200 million in green fees and equipment sales in 1986, when President Reagan added an extra month of daylight saving time. That same year, barbecue retailers reported a $200 million to $400 million increase in sales. Those figures have likely gone up in the last 21 years.

And although convenience stores are open day and night, shoppers apparently spend more when the sun is shining. Forbes magazine estimated after the month extension in 1986, sales at 7-11 stores increased by $30-to-$50-million.

Overall, all retailers probably get a bit of a bump in business from shoppers who might be more inclined to stop at a shop on the way home when it's still light outside. Good thing for me that I work from home!

So set your clocks ahead before hitting the sheets tonight and keep a hand on your wallet for the next eight months.

DST dissidents: We can trace the idea of adjusting our clocks, external if not internal, to Benjamin Franklin. He urged people in 1784 to save wax by not burning candles at night and some say his famous "early to bed and early to rise makes a man healthy, wealthy and wise" pronouncement is the foundation for our modern DST. National Public Radio has a nice timeline of our attempts to control time.

"I object to being told that I am saving daylight when my reason tells me that I am doing nothing of the kind. ... At the back of the Daylight Saving scheme, I detect the bony, blue-fingered hand of Puritanism, eager to push people into bed earlier, and get them up earlier, to make them healthy, wealthy, and wise in spite of themselves.”

Arizona and Hawaii have opted out of DST altogether. And even when DST is followed, some places put their own spin on it. Pulaski County, Ind., for example, will move its clocks two hours forward instead of just one early Sunday.

TimeTemperature.com offers some DST pros and cons. Once there, you also can check out the local times in all 50 states, Washington, D.C., Canada and Mexico.

Here outside of Austin, the hubby and I will adjust most of our clocks and electronic equipment before we go to bed. But I'm sure I'll drive around for weeks before I remember to change the car clock.

And as for my grandmother's clock, which has its own ideas about time, we'll just let it run down in a day or so and then reset it then.

Personally I'm THRILLED for DST. I live on the East Coast with an east facing window and nothing annoys me more than being awakened by the bright sun at 7AM. I like to sleep until at least 8 before the sun scorches my orbs. I'm sure many others feel differently. ;-)
I'm sure it does nothing to save energy though. It can't. They're not changing the length of the day, just when people get out of bed and go back in.