Paying off your taxes incrementally

Everybody else lets, even encourages, us to pay for things over time. So it's no surprise that the IRS will accept the tax you owe via installment plans.

This is not a new development, but over the years, the IRS has tweaked its payment agreements in ways that are good and not so good for taxpayers.

One of the positive changes is that, in keeping with the agency's increasing migration to electronic tax activity, many taxpayers now can apply for a payment agreement online. The IRS estimates that over 75 percent of filers who are eligible for an installment agreement can apply online. Around 3,000 have done so since the option was launched in October.

The major hurdle here is $25,000. If you owe that amount or less in combined tax, penalties, and interest, then you can apply online for an installment plan.

Hopefully, your bill is well below 25 grand. But sometimes even a fraction of that can be hard to come up with in full by the April deadline (Tuesday, the 17th this year). In that case, an installment plan probably is worth considering.

The best payment arrangement option here is a short-term extension of 120 days. No fee is charged, but additional penalties and interest will accrue.

Or you can pay off your bill in monthly installments. This is where one of those not so good aspects comes into play. You'll have to pay a user fee that could be as high as $105 if you don't want to pay via direct debit from your bank account.

It drops to $52 for direct debit agreements. Some lower income taxpayers might be able to pay a reduced fee of $43, which, by the way, is what it used to cost all installment plan payers. The rate increase took effect in 2007. See, Uncle Sam has learned from the credit card industry, bumping up its service charges.

And, of course, interest and penalty charges will continue to be added to your unpaid tax balance. But the IRS interest rate is, in most cases, less than what a credit card company will charge. The agency adjusts its rates quarterly, with the figure being the federal short-term rate plus points. For the quarter beginning April 1, that's 8 percent on tax underpayments.

More tax due, more documentation: If you owe more than $25,000, you still can apply for a payment plan, but you must do so via paper Form 9465. You also might need to fill out , which is essentially a statement of your assets. 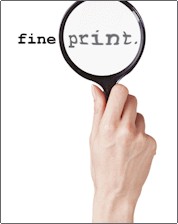 Read the contract: Uncle Sam isn't letting you pay off your taxes in installments out of the goodness of his heart. As noted earlier, you could be charged a user fee and definitely will be charged interest and penalties.

More importantly, when you sign an installment agreement, you're signing a contract to pay. As with any contract, you need to read the fine print.

In the IRS's case, the type isn't that tiny. It clearly states on Form 9465 (and while I haven't gone through the online application, I suspect it's stated there, too) that if you don't make your payment on time or if you have a past-due tax bill in the future, you'll be in default of the installment agreement. In that case, the IRS could file a tax lien or take other tax levy action against you.

I'm not saying you shouldn't go the installment route or at least consider it. Everybody's financial and tax situation is different and many people are able to make these plans work. And they are better than not paying at all.

I'm just saying be sure you know the complete ramifications of what this, or any, payment plan means or could mean.