We've all done it. Typed in the wrong URL. Or taken the lazy way and just hit enter after typing in what we thought was the site name to have our browser automatically add the extension.

The only problem with that shortcut method is that the automatic extension is dot-com. And that might not be what you're looking for.

Case in point: Not so long ago, anyone wanting to see what the President of the United States was up to and who typed dot-com instead of dot-gov after White House got an entirely different, and decidedly adult, Web page.

Whoa up there, Sparky. Don't go clicking away. That racy faux Pennsylvania Avenue page is now gone. And one Congressman wants to make sure that no more Web surfers get confused about what is an official governmental site and what isn't. 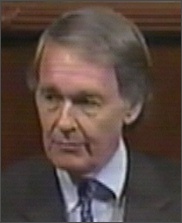 In a letter to the heads of the Treasury Department, Federal Trade Commission  and the Internal Revenue Service, Rep. Edward Markey (D-Mass.) asked what, if any, action those agencies have taken in connection with Web sites that Markey fears are " trying to pass themselves off as official IRS websites." The Congressman, who chairs the House Energy and Commerce Committee's Subcommittee on Telecommunications and the Internet, specifically names IRS.com, IRS.net and IRS.org as the sites of concern.

Markey said that he is "not convinced that the fine-print disclaimers at the bottom of these sites stating that they are non-governmental provide any meaningful protection to consumers." And he is especially concerned about the confusion potential during tax-filing season when taxpayers might inadvertently end up at these other sites instead of IRS.gov.

He also cites a previous survey and study by the Computer and Communications Industry Association that Markey says "suggests that a significant proportion of Web-savvy consumers misunderstand and misinterpret these three non-governmental websites as being sites hosted by the IRS. ... A broader survey of the general public, including the substantial proportion of citizens who are not Web-savvy, would undoubtedly demonstrate an even more serious problem."

Markey wants official government agencies to examine possible actions authorized under the Federal Trade Commission Act and the Lanham (trademark) Act, particularly that area that relates to advertising claims, "to protect the public from any unfair or deceptive trade practices."

Stay tuned. And make sure your fingers don't hit a stray key.