$49,000 in deductions for donated designer clothing is disallowed.

No, that extravagant (and errant) tax claim wasn't on Paris Hilton's tax return. It was on the 1040, actually the Schedule A accompanying the 1040, of a New York investment banker. 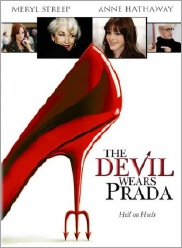 There wasn't any question as to whether the haute couture was donated. The problem was with the dollar assessment of the expensive designer duds.

In a written opinion, the special trial judge called the valuation "overly optimistic." True, the items did indeed cost a pretty penny when purchased. But as one consignment shop owner told the Washington Post, everything depreciates, especially clothing.

When all was said and done in the courtroom, the excessive claim cost the donor $14,649 in back income taxes and $2,930 for an accuracy-related penalty. Those fines, say some tax watchers (specifically, TaxProf's own Paul Caron), actually were pretty lenient.

Charitable changes: This philanthropic fashionista's situation is a great, albeit exaggerated example, of why the IRS and federal lawmakers have been tightening donation deduction rules.

A couple of years ago, the IRS clamped down on widespread inflation of the value of donated autos. No longer can you have your 1989 Ford Escort hauled off to a charity and then claim it as a $4,000 deduction. Heck, you might not even be able to claim the $1,480 that Kelley Blue Book's search engine tells me it's worth. All sorts of ifs ands and buts (detailed here) now apply to auto donations.

Then last August, a new law put a stop to folks using charitable organization donation bins as ad hoc dumping grounds for worthless items. Now you can claim charitable deduction amounts only for articles of clothing or household goods that are in good or better shape. So don't be a jerk, and a tax-cheating jerk to boot; just throw away those ratty old socks.

And when 2007 started, so did the new rule that you've got to have documentation of every philanthropic financial gift, regardless of how small.

The IRS and lawmakers think some folks have, just as an example, been reporting that they dropped thousands in their church collection plates every Sunday. Of course, all that giving was in cash and the usher didn't issue a receipt when the dish got to the end of the aisle, but honestly, they gave that much. Would a good, God-fearing, church-going taxpayer lie about such a thing?

Apparently some folks think they would, so we've got the new substantiation standard.

You can read more about the special rules for these charitable donations in this story.

Added ammunition from tax investigators: Want more proof that too many taxpayers were skirting donation laws? The Treasury Inspector General for Tax Administration (TIGTA) has it.

A TIGTA audit report indicates that in 2005, 24 percent of taxpayers who donated noncash gifts of $500 to $5,000 to charities failed to properly document the value of those contributions.

Even folks who gave more valuable gifts, worth a reported $500,000 or more, didn't follow through on record keeping. You'd think they'd be the ones who could afford accountants to keep them in line, but 19 percent of these filers failed to substantiate the value of the donations.

"If this error rate remained constant, we estimate that from Jan. 15 to Sept. 21, 2006, when most tax returns are filed, more than 101,000 taxpayers may have wrongfully claimed noncash contributions totaling approximately $1.8 billion," said Inspector General J. Russell George in the statement that accompanied the report's release.

So be careful when you're claiming charitable deductions on this year's return. Don't overstate any values of all those old T-shirts.

As far as 2007 goes, if you haven't been hanging onto receipts for donations you made earlier this year, you best start trying to track down copies now.

You don't have to send in the documentation with your return, either the 2006 one you're working on or future 1040s. Just be sure you have the info if the IRS ever asks.

And always remember: The burden of proof is on the taxpayer to convince the IRS that the claim is accurate.

Yet another good reason to use the envelopes the church provides for you. I've never attended a church that didn't provide a regular report of congregants' contributions.

just to let you know, newspaper printed a correction to the story

CORRECTION TO THIS ARTICLE
A March 14 Business article incorrectly said that a judge ordered New York investment banker Christiana Stamoulis to pay $14,649 in back taxes and $2,930 in penalties for overestimating the worth of her charitable-property contributions in 2002. That was the amount requested by the Internal Revenue Service; Stamoulis disputed it. The amount she will have to pay has yet to be determined.