Welcome to the 12th Carnival of Taxes. It's just a coincidence that it falls on Presidents' Day. But it is fitting, since all politicians, from city councils to national leaders constantly cuss, discuss, raise, lower, rant and retool our taxes. 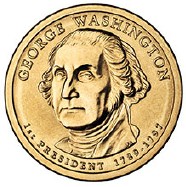 So sprinkled throughout this Tax Carnival edition you'll find quotes from some U.S. Presidents, most of them dealing with money. You'll also see images of the new Presidential $1 coins. They'll be issued, four a year, in the order of the President's terms. George Washington's coin went into circulation last week.

And now, it's time to start circulating our latest Tax Carnival with these words of wisdom from the Father of Our Country, which might not be specifically about money or taxes, but which certainly do apply to the topics:

"We ought not to look back unless it is to derive useful lessons from past errors, and for the purpose of profiting by dear-brought experience."

An experience that most of us do pay dearly for and from which we definitely can learn is buying a house. Homeownership has many positive aspects, not the least of which is the tax breaks it offers. Advantages of ownership, taxes included, are detailed in Katie's post at Aridni on how to buy your first house.

Once you move in, fiscal diligence doesn't end. Take the observation of Mapgirl, who at Mapgirl's Fiscal Challenge warns, "I don't care what the mortgage banker tells you when you’re signing the loan. Your payment is never fixed." The problem, she notes, is the ever changing escrowed amounts, including taxes.

Dorky Dad, at his eponymously named blog, goes straight to the property tax problem by discussing how to fight an excessively high appraisal.

Then there are the tax matters to consider when you sell. TC at InvestmentLoans.net answers the question of taxes on home sale profits.

Of course, you could defer the tax sale issue by swapping properties. Sagar discusses timing of such transactions at 1031 Exchange Lowdown.

While many will rely on their home's appreciation to help pay for their golden years, several bloggers point to tax-favored plans to building a retirement nest egg. Or as our 10th president John Tyler said:

"Wealth can only be accumulated by the earnings of industry and the savings of frugality."

MakingOurWay, at his self-named blog, details the contribution limits for multiple retirement plans.

When it's time to take some of that money out, you'll want to read Gina's piece on Roth IRA withdrawals over at Gina's Tax Articles.

Speaking of Roth accounts, Jim at Blueprint for Financial Security offers a point of view not widely heard: Why Roth IRAs are bad.

If you don't save enough, you'll have to rely mainly on Social Security benefits. And Cameron at Empty Nest warns that those benefits could have tax implications.

To maximize your investments the most tax-efficient way, check out My Money Blog's great, and great looking graphic, that will help as you reallocate your mutual fund assets.

For you more sophisticated investors, Joe at Roth & Company Tax Update tells us that the IRS applies deferred comp rules for 2006 backdated options. It's a "deal," says Joe, offered by somebody who holds all cards. 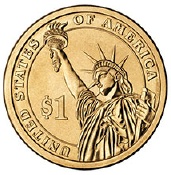 And Super Saver at My Wealth Builder tells us about how revised 1099s could force some of us to amend early-filed returns.

Perhaps William Henry Harrison, our ninth president, was thinking about the value of trained advisers when he said:

"The prudent capitalist will never adventure his capital...."

Allison has some thoughts about tax advisers in her post Should You Hire a Tax Pro? over at Queercents.

A pro definitely could help you answer the question Can I deduct my mileage? raised by Kristine at Financial Tips for WAHMs.

And a tax expert also should make sure you discover deductions like the one that helped Dimes of Dimes to Dollars earn $3,108 from the IRS. Hint: She and Mr. Dimes have been claiming this particular retirement-related tax credit for years.

And Dan over at Tick Marks offers us a baker's dozen more tax deduction wallflowers.

You might be able to get some low-cost tax advice. Folks like David at The Picket Line work each filing season as volunteer tax preparers. David tells us how he helped 17 households take back $20,404 from the U.S. Treasury by becoming a VITA volunteer.

And Simple Guru of the blog of the same name has a few pieces of free advice, along with an incredibly upbeat attitude, for us all in Happy Tax Season!

Of course, taxes are not just an American issue. And it looks like our neighbors up north are taking to heart the words of the seventh president of the U.S., Andrew Johnson, who said:

"The goal to strive for is a poor government and a rich people."

Meanwhile, down in Down Under, Paul at Investing using Fundamentals on the Aussie StockMarket reports that tax changes are causing concern for some shares there.

Reading the offering by Jeffrey over at Personal Finance Advice, another W.H. Harrison comment came to mind:

"A decent and manly examination of the acts of the Government should be not only tolerated, but encouraged."

Such an examination obviously help lead to Jeffrey's post on how buying mice saved $15,000 of your tax dollars. Alert for PETA people: You might not like this.

Phil probably would like some of that government scrutiny turned on his post's topic. He tells us about the problem with sales tax over at Phil for Humanity.

And we close this 12th Tax Carnival with the supreme wisdom of our third president Thomas Jefferson, who counseled:

"Never spend your money before you have it."

Sadly, many taxpayers ignore that advice and, as Steve at Debt Free notes, these filers are guaranteed to lose part of their tax refunds.

It's a good thing most of us had Presidents' Day off because we needed the extra time to peruse this very full Carnival. You can help make sure the next one, scheduled for March 5, is just as jam packed with tasty tax goodness by sending along your tax posting via our Blog Carnival page.

Hey Kay!
Thanks for including me, not only am I finding many more like-minded bloggers to read here, but I my lil baby blog is having it's best day yet!

Keep up the interesting writing

Thanks for hosting Kay! Great job tying Presidents Day into the carnival - I love it!

Thanks for the link Kay! I appreciate you including me for the tax Carnival!