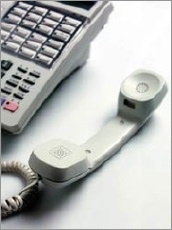 Some taxpayers apparently believe it's better to give than to receive. How else to explain the more than 10 million filers who didn't claim the federal telephone excise tax refund.

It doesn't take a math degree to figure out the cost to filers and for the U.S. Treasury. Multiply those 10 million returns by $30, the smallest available standard phone refund amount, and you get $300 million. And that's a conservative estimate. It's a safe bet that some of those returns that ignored the phone refund were eligible for the other allowable amounts $40, $50 or $60 that are based on the number of exemptions shown on the return.

Here's an even more shocking number. Almost half those returns -- more than 4.8 million, according to IRS data gathered through Feb. 16 -- were filled out by tax preparers.

This is a one-time-only tax break, available just on 2006 returns, so you need to take it now. Those 10 million folks who overlooked it could file an amended return and get the money they left on the tax table.

But the easier thing to do is to make sure you claim your phone refund in the first place. If you use the standard amount, all it takes is filling in one extra line on your 1040 or 1040A or 1040EZ.

By the numbers: The IRS report on the missing phone tax filers is part of the agency's first statistical release of the 2007 filing season. You'll find some other interesting numbers, such as how many returns have been filed and the average refund amount, in Don't Mess With Taxes' new "By the Numbers" feature in the upper right corner of this page.

Regular readers have noticed that, yes, that's where our Tax Terms section used to be. It's still around; in fact, we've just added a couple of new definitions. But it's now about halfway down that column, just above the "recent posts" list.

We'll keep adding to our tax glossary, as well as updating the IRS filing season By the Numbers box, as the information (and time) become available, so check back now and again.