Tonight the statuettes will go to actors, directors, producers and screenwriters. But the biggest payoff will go to the IRS. 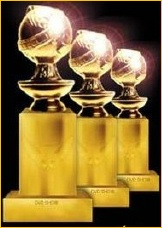 It was just about
six months ago that Uncle Sam made
his first call on Hollywood's booty, successfully extracting an agreement, and accompanying tax cash, from participants in the Oscars' award ceremony who received expensive gifts from advertisers and sponsors.

Like any good Tinsel Town agent, the tax collector then parlayed that success into subsequent tax collecting gigs with the television Emmy awards and now the Hollywood Press Association's Golden Globe awards.

Essentially, the IRS regards such gifts of promotional items to stars as payment -- income -- for a job, not simply a gift between friends. Gifts are not taxable. Income is.

After the IRS nailed the Academy Awards folks, the Hollywood Foreign Press Association caved. According to the IRS, the group voluntarily approached the tax agency last year to clarify the tax issues surrounding the gift baskets, as well as to ensure that any obligations for the prior years were met.

The 2005 tax issues are taken care of, says the IRS. As for this year, recipients of gift boxes will be issued "appropriate informational tax forms by the HFPA and will be responsible for satisfying their income tax obligations."

Which stars will be as happy as the IRS commish after tonight's ceremonies? I'll just have to find out tomorrow by watching Entertainment Tonight or E!

Instead of sitting trough the awards show, I'm going to be watching Jack Bauer as he continues his latest "worst day of my life" effort to once again save the United States from evildoers.