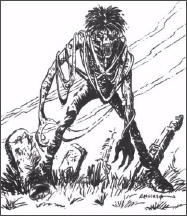 The leadership of the U.S. Senate is refusing to let estate tax reform die this Congressional session.

CCH, the tax and accounting publisher, reports that top GOP senators have ramped up last-minute efforts to include estate tax repeal in pending pension legislation.

It's a fluid situation. Last week, members of the Senate Finance Committee on both sides of the aisle called estate tax a nonissue among pension conferees. Today it's apparently a maybe issue. Perhaps one of those estate tax repeal supporters described by SFC Chair Charles Grassley as "above [his] pay grade" got involved.

Grassley still believes that adding the estate tax language would "jeopardize" the pension bill and that he "strongly" advises against it.

BREAKING NEWS/UPDATE: The Washington Post has just reported (10:36 a.m. Eastern) that Sen. Bill Frist has abandoned his efforts to append estate tax repeal to the pension bill. Keep reading, though, because you can bet this zombie bill will be back, as noted in the next paragraph.

As I mention in this previous posting, attempts to kill the estate tax just won't die. Some members of Congress have made elimination of the tax their legislative raison d'etre.

And they are pushing hard as this 109th Congress winds down and lawmakers look ahead to November's midterm elections.

A tax, and political, tool: The president, who counts the tax among those he wants to kill (Hmmm. W…wealthy family…potential estate tax costs…. Just connecting some dots.) brought it up when he finally addressed the NAACP at its annual conference last week.

W invoked the name of BET founder Johnson and told the conventioneers that the estate tax "will prevent future African American entrepreneurs from being able to pass their assets from one generation to the next." You can read the full text of the speech, as listen to it if you're so inclined thanks to the links posted at TaxProf.

Those numbers line up with overall stats that indicate only a miniscule, and very wealthy, part of the whole U.S. taxpaying world is affected by the estate tax.

Be careful what you wish for: In fact, more folks of all ethnicities and races might face even stiffer tax troubles if the tax is repealed.

Included in the temporary (one-year: 2010) elimination of the estate tax is a change in the valuation of inherited property. Instead of stepping up the asset's value to its fair market value upon the day the person dies, the heir will assume the carry over basis, which for many appreciated assets is much, much lower.

This lower basis will mean dramatically larger capital gains taxes if the heir wants to sell the property. You can read the details in this story I wrote for Bankrate.com.

Excoriating, or not, the estate tax: As the estate tax debate reheats up, a plethora of related stories and bloggings also have cropped up, a veritable wake before the tax's death, if you will.

Here are some links if you want to further investigate the pros, cons and other analyses of the law and efforts to change or eliminate it:

But my favorite is the "backdoor" attempt to cut the estate tax by firing IRS auditors who examine such returns.

This was reported originally by Pulitzer Prize winning writer David Cay Johnston (my hero for winning the ultimate journalistic award for his scribblings on taxes!) in Sunday's New York Times. You'll also find a synopsis of the article here, along with links to comments on the anti-audit move.

It's amazing what they're trying to slip into this bill - another questionable point is the repeal of the long-standing "conflict of interest" rule. This part of the bill has the potential to impact millions of people in a negative way, yet few are really talking about it.