The war is finally over! The battle over an outdated tax to fund the Spanish-American War, that is. 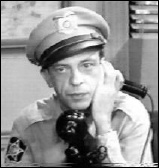 The U.S. Treasury Department today surrendered in its efforts to continue collection of the federal telephone excise tax. This tax was originally imposed more than a century ago to finance the Spanish-American War.

You remember that war, don't you? On April 25, 1898, the United States declared war on Spain in response to the sinking of the battleship Maine months earlier in Havana harbor. A temporary penny tax was then tacked onto long-distance calls to pay for the costs of fighting.

The war was over by mid-December of that same year.

The phone tax, however, continued. It now appears as that 3 percent federal excise fee on your bill.

As of today, though, that charge (not to be confused with Teddy Roosevelt's July 1, 1898, charge up San Juan Hill) ends. The Treasury Department announced that it "will no longer pursue litigation and the Internal Revenue Service (IRS) will issue refunds of tax on long-distance service for the past three years."

The refunds won't be rebate checks, as has happened in the past. Instead, when you file your 2006 tax return next year, you'll be able to apply for your phone tax refund there.

The IRS has been instructed to get to work on the format we'll use to claim our refunds. Probably some worksheet or perhaps a table a la the ones for the state sales tax deduction (which, by the way, we're still waiting to see whether Congress will reinstate.)

The only thing for sure is that we'll only be able to get back the last three years of our phone taxes since that's the standard tax-related statute of limitations. Interest on the amounts, however, will be included.

In announcing the end of the excise tax, Treasury Secretary John Snow said, "Today is a good day for American taxpayers; it marks the beginning of the end of an outdated, antiquated tax that has survived a century beyond its original purpose, and by now should have been ancient history.

"The Federal Appeals courts have spoken across the board. It's time to 'disconnect' this tax and put it on the permanent 'do not call' list."

OK, Snow, or more accurately his press release writers, get credit (or blame) for some cutesy clichés. But he and his writing staff are correct in that this was a battle that the government waged far too long.

When the tax was created in 1898, it was considered a "luxury" tax since back then only the very wealthy had private telephones. It disappeared a few times, but always found its way back on the books as lawmakers looked for relatively easy money to cover other projects. In 1990 the tax was made "permanent" at the current 3 percent rate.

Before now, the closest the tax came to being eliminated was in 2000, when Congress agreed on a bill to abolish it. I wrote about that effort in stories here and here; each article also has a nice time line on the tax's life cycle.

Finally, though, it was the big artillery -- lawsuits -- that took down the tax. A series of recent federal court rulings had gone against the Treasury. In five separate cases, federal judges determined that the IRS's taxation of calling plans is not based on both time and distance as required by law.

While the end of the tax is good for consumers, it's a costly hit for the U.S. Treasury. Since its inception at the end of the 19th century, the IRS has collected more than $90 billion from the telephone tax. It was projected to raise more than $25 billion between 2006 and 2010.

From a personal standpoint, it will be nice to get a bit back on our 2006 returns. And it will be even nicer to have a phone bill that's a few dollars smaller each month.

But we'll still see excise taxes on local service. That component was not part of the lawsuits challenging the long-distance portion. Snow, in announcing LD tax repeal, urged Congress to take care of doing away with the local one, too.

I'm sure some Capitol Hill staffer is already working on that, for political if not practical purposes.

Wishing for another kind of communications bill: What I really want, though, is not more phone-related tax legislation, but a more specific communications measure. One that makes my bills easier to understand.

I must admit, I'm not much of a phone person. As you can see from my lengthy blog entries, my verbosity tends to be written, not verbal. So, relatively speaking, our phone bills are pretty small, meaning the taxes appended to them are not that big, either.

Our local phone service is AT&T's (nee Southwestern Bell's) economy plan, where we pay around $6 a month for, I think, 20 local calls a month. If we make more than that, we're charged 9 or 10 cents a call. I don't know the exact per-charge amount because in the last year, we haven't gone over the local limit.

That's probably thanks in part to the fact that we use our cell phones for most calls. We definitely rely on cells for long-distance. Our plan offers us unlimited calling areas and, since we're just not big talkers (time wise anyway!), we got a relatively cheap plan because we knew we'd be rolling over minutes. And have we ever.

Thanks to the rollover option, our plan now has close to 5,000 minutes to spend. Anyone want to chat?

But be it cell or local land line bills, I hate the oblique way various charges are listed on phone statements each month. Have you ever tried to decipher what they all mean? Hell, the company president could be charging me for his kids' dental work via some creatively named "service fee" and I'd never know it.

I honestly have tried to translate them, especially when our bill is a few cents more or less from month to month. Why? We haven't done anything different? Why is the bill different?

Oh, I see. The "federal TIF universal expanded local group non-regulated regulatory infrastructure surcharge" is 5 cents this month, whereas in January it was 8 cents and only 4 cents in February and March. Arrrrghhh!

OK, so I merged a few (or more) phone bill charges to make a point. But that point is that there are too many literal nickel-and-dime charges on these bills and it's impossible to figure them out, much less keep track of them.

Make the phone service providers -- local, long-distance, cellular, land-based, via cable or Internet -- explain what all these things mean and why they change incrementally from month to month! That's the phone law I want.

Just ring me up if there's something, anything, I can do to make communication of the charges on my communications devices come in a little more clearly.